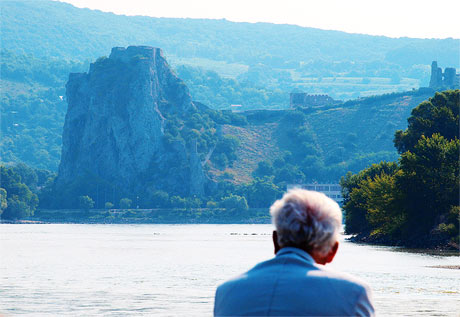 There is a lot of history you can dig out in the area of Devinska Brana (Porta Hungarica, Thebener Pforte). Geographically it is a breakthrough created by the Danube River in the Male Karpaty Mountains. Historically it is an important part of the Amber Road - an ancient trade route for the transfer of amber, which led from Europe to Asia and back, and from northern Africa to the Baltic Sea. In front of Devinska brana, Roma empire built Carnuntum, a part of its Limes Romanus borderline.

Devinska Brana was important also in medieval times. Up to five castles were built there. Besides Bratislava castle - all of them are ruins today. The first is Hainburg Castle, the second Rothelstein Castle, the third Devin Castle, the fourth Pottenburg Castle and finally Bratislava Castle. And, if you want, you can consider as the sixth castle a wooden replica of Celtic fortress, which was built on the Braunsberg Hill, again above the Hainburg town. 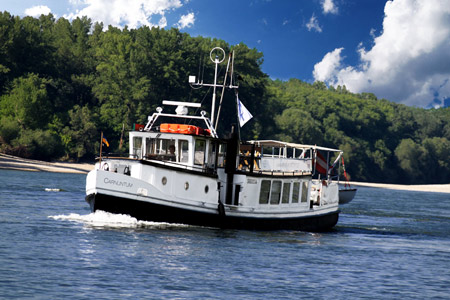 New cruises started in 2013. From Hainburg in Austria to Devin in Slovakia and back.